Featuring the older 14nm process, it has 6 cores, 12 threads, and a max turbo frequency of 4.9 GHz. While the specs are similar to that of its predecessor (the i5-10600K), Intel had promised up to 19% performance uplift. 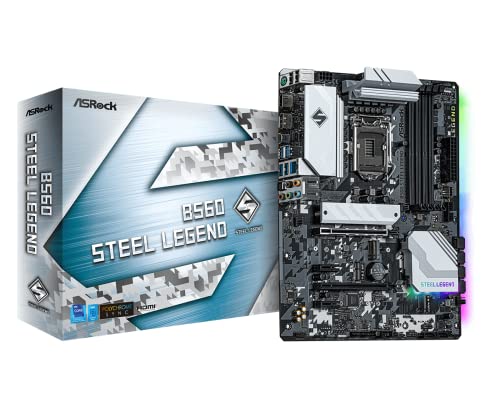 We run different games on both these processors and found the performance difference to vary from one game to another. In titles like Forza Horizon 4 and Shadow of The Tomb Raider, we got roughly 15% FPS improvement.

In the Microsoft Flight simulator, however, the difference was only 2%.

What’s more surprising is how well it competed against Ryzen 5 5600X. It’s just 2% and 6% slower than the latter in gaming and productivity, which is quite remarkable considering the $90 difference between them.

So, if you’re buying a CPU solely for gaming, the i5-11600K will provide a better bang for buck.

As announced by Intel earlier, 11th Gen CPUs have arrived with Z590 motherboards.

But since these CPUs use the same LGA 1200 socket, you can also use the existing Z490 boards. The main advantage Z590 has over its predecessor are the more USB connectivity options, WiFi 6E support, and PCIe 4.0 inclusion. With that said, many Z490 boards already have PCIe 4.0 connectivity that can be unlocked through a BIOS update.

In addition to this, Intel has also released some low-end B560 motherboards recently.

Fortunately for you, we have included all three kinds of options in this list of best i5-11600K motherboards.

The first board we’ll discuss today is the ASRock B560 Steel Legend. As suggested by its name, it comes with a B560 chipset. And this is the reason why it’s probably the cheapest board you can have for 11th Gen CPUs.

The B560 chipset is the successor of the B460 and comes with different improvements such as memory overclocking, PCIe 4.0, WiFi 6, and 2.5 GB LAN.

Like many low-end boards, the B560 steel legend has a simple design. The PCB is colored black, while the heatsinks have grey-colored diagonal patterns.

ASRock has made some compromises here in the form of no onboard WiFi, no multi-GPU support and no reset/clear CMOS button. Not to forget about the limited number of PCIe 4.0 lanes, which can problematic if you plan to use multiple M.2 SSDs.

So if you want to get the most power out of 11600K, we would advise you to look for any other option in this roundup. But it’s a good option if you’re dead tight on budget. To make it work with 11th gen CPUs, you’ll have to update the BIOS.

Up next is the MSI Z490-A PRO – an entry-level Z490 motherboard targeted towards non-gamers. Its design is similar to that of MSI’s X570-A PRO, with some difference in the form of grey coloring on the lower side and diagonal patterns all over the PCB and heatsinks.

For onboard audio, you get five 3.5mm jacks with S/PDIF optical output and Realtek ALC1200 codec. It’s not as advance as the ALC1220 codec but is good enough for most users. And although there’s WiFi 6 on board, there are no antennas to be attached at the back end.

The Z490-A PRO comes with two M.2 slots, but only the top end has the heatsink. There are six SATA connectors, with RAID 0, 1, 5 and 10 support, on the right side of the chipset. Four of them are right-angled, while the remaining two are straight-angled.

There are two full-length PCIe 3.0 slots (you can have PCIe 4.0 performance by having the latest BIOS version installed) here, meaning you can have AMD crossfire based multi-GPU configurations.

A lot of people have reported the BIOS to have a steep learning curve. And that is the only downside we could find in this board. You can argue about the lack of RGB lighting as well, but that is pretty subjective.

The Z590 Aorus Elite AX is a midrange board from Gigabyte and can be installed in any ATX chassis.

Being colored black for the most part, the Aorus Elite AX comes with clean looks. And although you get some RGB lighting in the Aorus Logo, it’s not aggressive by any means.

Despite being labelled as a midrange option, it has some premium options under its belt. It has a 12+1 power phase design with 60A DrMOS, meaning you get more than enough power to supply.

You get two PCIe full-length slots. The top one, located below the top M.2 slot, is steel-reinforced and runs at the PCIe 4.0 x16 mode. The bottom slot is locked at PCIe 3.0 x4 mode and is not reinforced. Apart from this, you also get a PCIe 3.0 x1 slot.

For storage, there are two M.2 slots along with four SATA connectors. While the first slot runs at PCIe 4.0 x4, the second one does so at PCIe 3.0 x4 mode.

The Aorus Elite has an abundance of connectivity options in the I/O panel, where you get as many as five USB 3.1 Gen 1 Type-A ports, four USB 2.0 ports, and one USB 3.2 Gen 2×2 type-C port. Below the Type-C port is BIOS flashing port.

On the right side of these USB 2.0 ports, there are WiFi 6 antenna connectors that’ll give you WiFi 6 as well as BT 5.1 connectivity.

The onboard audio is controlled by the Realtek ALC1220-VB codec that powers five 3.5 mm audio jacks and S/PDIF optical output.

Like other boards, it comes with four DIMM slots. But what makes it unique is that these slots support up to DDR4-5000 memory.

The relatively small number of SATA ports is the only potential downside you can have here.