These are our recommendations for the best motherboard CPU combos in 2022.

The heart and soul of any PC is the motherboard and CPU combo.

While a GPU gets you those gorgeous visuals, the CPU is what keeps the machine running for day to day tasks. I’ve been looking at the options for the latest and greatest in this generation and found what I think are the five best mobo CPU combos.

They are like PB & J, meant to be together. A motherboard is not necessarily going to make your computer faster or smarter or a better mother at that. Rather it unlocks a TON of features for your overall build.

Having a motherboard with RGB lighting is nice but you really want to ask about the details like dual-channel configurations, Wi-Fi, will it be future proof?

Also be aware that different CPUs are compatible with different motherboards. You need to make sure the socket type is correct lest you risk needing to rebuy or get an adaptor change. and we’ve found these to be our most recent faves.

Ryzen is one of the greatest things to happen to the CPU industry in the last few years.

Ryzen has different generations (Generation 1, 2, and 3.) as well as different versions that can easily show you the value or strength of a CPU. In general, a good Ryzen 5 is really good for PC Gaming and a Ryzen 3 will get the job done but it may be a bottleneck in some newer games.

A Ryzen 7 and 9 are best for those producing multimedia who need a lot of strong processing power. Intel is basically a similar model but they use the designation i in models such as the i5 or i7.

You do not need a top of the line CPU for gaming but the biggest difference will usually appear at 1080p in lower settings. At higher settings, often the difference becomes minimal.

Realistically this is just a great, simple solution.

Your processor doesn’t need to be as fast as possible to play today’s great games. I love the Ryzen 3 3300X, it’s just a good balance between power and affordability.

The ASROCK B450 PRO4 sets you up for success and like all AM4 motherboards can be upgraded to a better CPU in the future if your main gaming rig needs a boost.

I think when it comes to quality, I’ve always preferred buying mid-range but Ryzen 3 3300X is such a powerful little CPU that it still helps you push frames up in a variety of games.

At 1080p you will notice the difference more but you can still get well above 100 FPS depending on the specific title.

For 1080p gaming, this is the cheapest sort of starter CPU you can get and then if you want to upgrade later, you’ll have the option. They’ve done a heck of a job making the cheap go-to CPU of this latest generation.

A little more strength under the hood is helpful and while the Ryzen 3 3300X is no slouch, there are a variety of reasons to consider getting a bit beefier of a CPU.

The first is just in general how much you use your computer in a non-gaming capacity. While I’d recommend a Ryzen 7 or i7 for media, the occasional photoshop session or looking for better stability at higher frames is better with the Ryzen 5 3600.

CPU tend to remove bottlenecks pretty quickly into your build but then the stability comes into play. The fewer minimum frames you have and the higher frames you get help content to feel smoother and take advantage of tech like 144hz monitors.

The Asus TUF Gaming X570-Plus is an excellent, future-proofed mobo that offers Wi-Fi. Mobos offering Wi-Fi usually give some level of Bluetooth too meaning you can use Airpods or other devices without fear.

It’s been in the works for some time but PCIe is about to enter the next generation and the X570-Plus is compatible meaning that GPU will run better than ever before. I can’t judge how big the difference will be until the next-gen of GPU but this is the best route for future-proofing.

If you love gaming and aren’t expecting outrageous FPS at 4K with a top-tier GPU, then the i5 10600K is a nice premium CPU. It’ll remove nearly any bottleneck and the other parts of the build (GPU, RAM, SSD) will be what is affecting your gameplay.

This is one of the most recent iterations from Intel and builds upon the earlier generations. I personally am an Intel fanboy so I buy products from them almost exclusively.

The reality though is that the brand loyalty really can’t make up for the $50 price difference between this and the Ryzen 5 3600.

While both possess 6 Cores and 12 Threads (Some excellent power), the 10600K performs better when it comes to gaming – thanks to solid single-thread performance.

Overall, it’s a great gaming CPU. With a good cooler and mobo you’ll be gaming well.

For those who stream or multitask (Content-Creation), the Ryzen 7 3700X will keep the work chugging along at a phenomenal pace.

The Ryzen 7 3700X works wonders with the X570 setup and is future-proofed for even the latest in tech developments.

The Ryzen 7 3700X is a great CPU for those who don’t edit video in 4K all the time (Although it does fantastic with that!) or those who stream.

The Mobo itself is on the pricier end and there are some competing options on our list that can take the place of it but you’ll find it’s a really solid piece of tech with any Mobo feature you’re going to need for the foreseeable future.

It’s also great looking with that classy AORUS RGB I love to see. 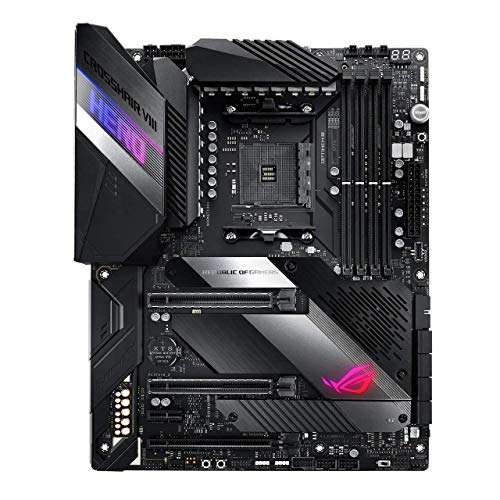 This is the dream setup for those who make multimedia. Whether it’s 4K gaming, editing, streaming, or even workstation applications, the thread count here is INSANE.

I wish I had a CPU this good for my media business, alas I have to merely hold the Ryzen 9 3900X in my hands briefly as an idea.

This CPU is just a workhorse and while going up to the Threadripper level sounds cool, normally high core-count high thread systems don’t benefit much in the gaming department.

This is because games can only use so many cores efficiently and the higher core-count CPU options often have a much lower clock speed.

Realistically though, this is the perfect fit, and that live 4K playback when editing in premiere pro is where you’ll really feel it shine. 4K editing sucks. IT slogs. But this CPU helps you get that flawless realtime playback that you’ve been drooling about. This is a fantastic combo.

As we said, the heart and soul of your build is the motherboard and CPU combo. Buying them locks many of your PC parts into a specific generation of equipment so it’s important to buy at the level that is right for you.

I always buy at the Ryzen 7 level because I do a lot of gaming and media production. Recently though some competitors have dropped technology like Hyper-Threading making me rethink that and I’ve found myself gravitating to.

If you’ve been itching to really test your rig and play some 4K games, Ryzen 7 3700X will knock your teeth out with its epicness.

It’s worth upgrading, especially if you are starting to see your gaming rig age out. Once again, thank you for reading and I hope you have an amazing time building your new PC!